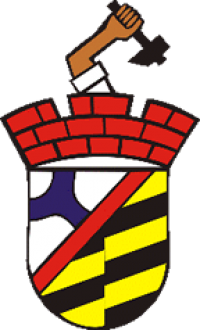 A city in the South-West of Poland.

Since the end of the 19th century it grew from a small village to a large city. Its quick growth was due to an ongoing exploitation of the coal and iron mines in the area and its strategic location at an interstate train crossroads at Zagłębie Dąbrowskie.

2.The large villages of Zaglembie: Będzin and Sosnowiec

In the south-west of Poland, in the Zaglembie region, there were two large cities and many smaller towns, between the two world wars. More than half the people living in the area were Jews, some 50,000 people, who lived in the two large cities of Będzin and Sosnowiec.

Place prior to the war: a city district in the Kielce County, Poland

Place during the war: Upper Silesia

30 percent of its 130,000 people were Jews, 31,000 before the war in 1931. The Jews in the city made their living in commerce and crafts, especially tailoring, the food and metal industries. There was a minority of rich merchants. Among the organizations active there were labour unions, a loan and savings organization and a loan fund with no interest with the support of the Joint[1]. The community ran the customary charity and welfare institutions – a hospital, an old age home, a convalescent home, orphanages and summer camps for children from poor families. The TOZ (Towarzystwo Ochrony Zdrowia Ludności Żydowskiej w Polsce) organization was active in the city as well. Among the Jewish educational institutions there were a Hedder, a Talmud-Torah, a Beit Jaacov[2] school, a Mizrachi founded high school, the Radomsk Yeshiva and an Ort network high school that also offered professional night courses and courses in commerce. There were representatives of the various Jewish political movements including the Zionist parties and youth movements, the Bond[3] and Agudat Yisrael as well as those of craftsmen and merchants. The community ran a public library and hundreds of the Jews in the city belonged with the Jewish Maccabi[4] and Shimshon [5] sports clubs. The city had a few newspapers and magazines: "Our Telephone" and "Zaglembian Life", published in Yiddish.

A few of the members of the Communist Party in Sosnowiec and other key members in the city were Jews.

A Jewish child was killed and a few Jews were wounded in anti-Semitic clashes in the 1930s. In May 1939 about 120 Jewish refugees came to the city from Germany and were assisted by the Jewish community. Thousands of Jews escaped the city to the east during the first days of the war. A minority of them had to return to their houses to avoid running into the Wehrmacht[6].

[3]The Bond (in Yiddish: The Alliance) was the name of the Jewish Labourers in Russia, Poland and Lithuania. It was active between the 1890s and the 1930s.

[4]As early as the 19th century, Jewish sports clubs were founded in Eastern and Central Europe. The first club was the Israelite Gymnastic Association Constantinople founded in 1895 in Constantinople, Turkey by Jews of German and Austrian extraction who had been rejected from participating in other social sport clubs. Two years later, haGibor was formed in Philipopolis (now Plovdiv), Bulgaria, and 1898 saw the founding of Bar Kochba Berlin along with Vivó és Athletikai Club in Budapest,Hungary.

Other clubs that followed were named after “Bar Kochba” or Hebrew names such as “Hakoah” or “Hagibor” that symbolized strength and heroism. One of the basic premises behind the founding of these clubs was Jewish Nationalism. The concept was that Jews were not only a religious entity, but also one based on a common historical and social background, having special cultural and psychological concepts that have been preserved to this day, resulting in a strong recognition of collective belonging.

In 1906, the first Jewish gymnastics club was formed in Palestine. Clubs later would spring up in other cities. By 1912, all of them joined the Maccabi Federation of Israel. That same year, the first relations were established between them and their European counterparts, when a decision was taken at the Maccabi Conference in Berlin to begin group trips to Palestine.

Naming the city square after the brothers: Yosef and Baruch Koźoch, who were among the leaders of the Zionist youth leaders in Sosnowiec, in the area called Nowa Srodula – summer 1995.