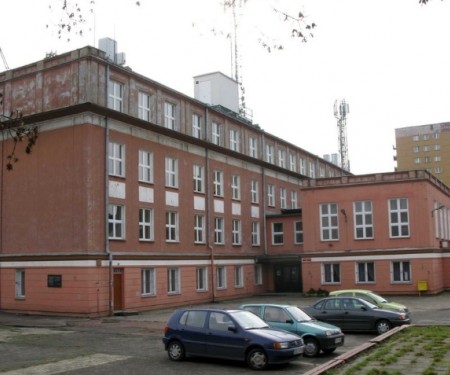 The DULAG in Sosnowiec

Sosnowiec was where the Judenrat, the central Jewish authority, was located in the region of Upper Silesia.

Therefore, it was chosen to be the city where the DULAG – Durch Ganges Lager (transit camp) – was to be built. This camp enabled a constant flow of manpower to the Reich. From here, young and healthy Jewish men were sent to labor camps in Germany or countries under Nazi occupation.

In 1941, the Germans established a transit camp in the building of the Jewish Commerce Secondary School at 5 Składowa Street. Wooden sleep benches were built in the school halls and the building was surrounded with barbed wire fences. The camp was intended to imprison Jews from Silesia and Zaglembie before being transferred to various labor camps. While in the DULAG in Sosnowiec, the Judenrat was in charge of the inhabitants. A German representative together with Judenrat member Kugelman ran the camp. Suspects of subversive activities were taken there, as well, until sent to death camps. Only those who could bribe their way out with huge sums of money could save themselves from this place...

In his book The Annihilation of the Sosnowiec Jews Nathan Eliash wrote:

People deportations to camps were organized by the community that issued summons to Jews...when a man, allocated by the community failed to show up at the DULAG, the police took a friend or family member in their place...These people were placed at the Zwilag, and had to stay there until the man showed up."

In 1993, a memorial placard written in Yiddish and Polish was placed on the school's wall, in collaboration between the Zaglembie Survivors Organization and the local municipality in Sosnowiec. It read:" This building served as the Jewish Commerce Secondary School until German occupation in 1939. As of 1941, it served as a Jewish transit camp- DULAG – where Jews were kept on their way to labor camps. 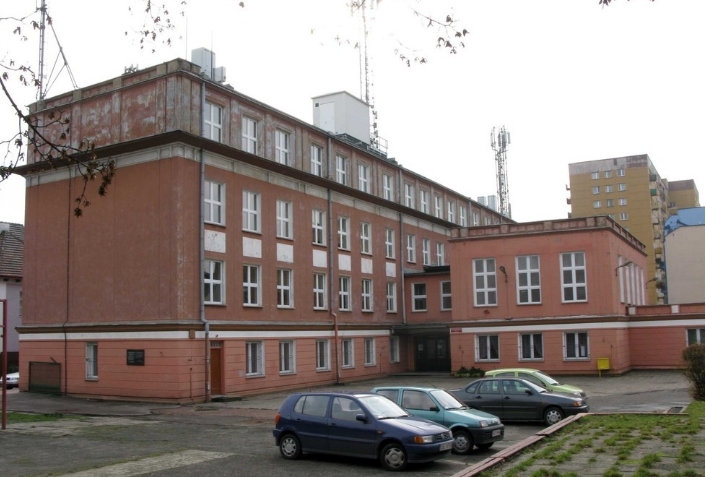 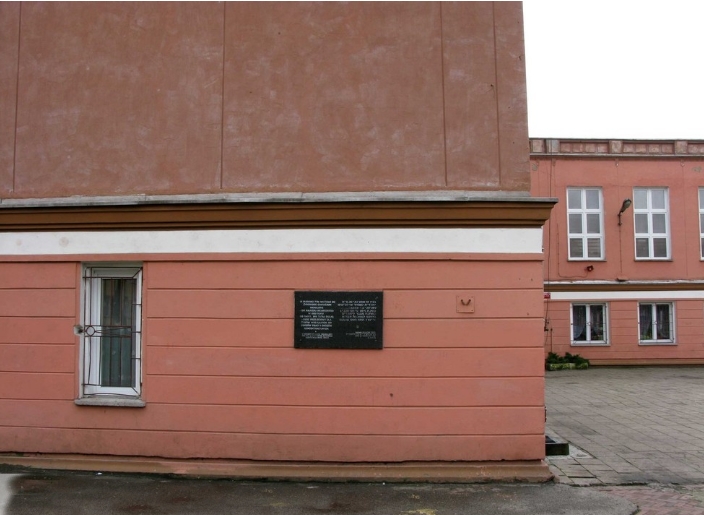 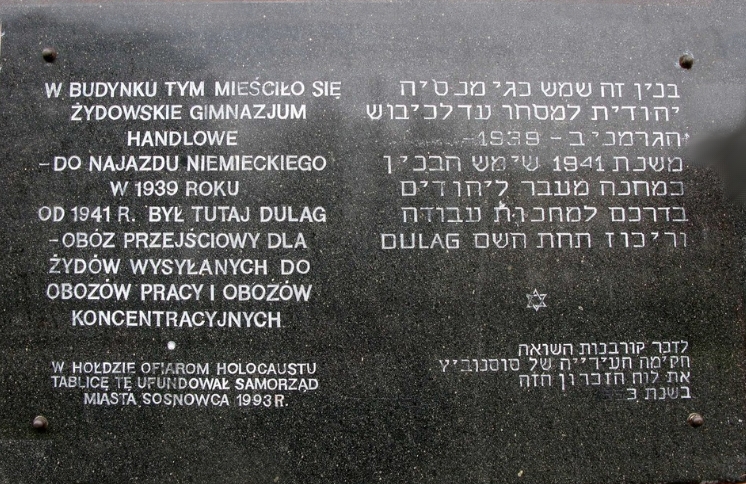 There is evidence that there was another DULAG in Sosnowiec as of 1939, and was destroyed. This is an unknown event that has evaded historians as if it had never taken place. Evidence of the existence of this DULAG is to be found in Dan Wischnitzer's book that was a Jew from Prague and was an inmate of this DULAG and survived it. He claims that there are personal memoirs in Yad Vashem of people who survived the camp with him.

He describes: "...In September 1939 the Gestapo arrested 322 Jews in Prague. They arrived in captured Sosnowiec at the beginning of November and were kept at a DULAG. It was established in a huge hall, the front of which was a textile factory called Schona. There were one storey wooden benches covered with straw. There were open toilets as well as faucets intended for washing behind a wall. Among the inmates were chronic and elderly men. Still, they all survived because the camp commander, S.S. Hauptscher Phurer Frank Novak, showed them human respect and acted for their release. Skilled workers were assigned permanent positions, whereas, most prisoners were assigned to alternating and changing positions. Frank Novak appointed prisoners for the camp management, introduced morning gymnastics for the prisoners, ordered the Judenrat head, Marin, to care for their food, hygiene and the establishment of a stock of basic medications and bandaging material, had them start a choir that sang German folk song at a very high level of performance and made sure groups of inmates, under guard, went to the Jewish public bath house for a weekly hot bath.

On 4th February 1940 during the morning hours, inmates marched to the train station escorted by the camp commander who boarded the train with them on the Żylina - Sosnowiec line and went with them up to the Slovakian boarder.

Wischnitzer insists that his recount is no tale and that all 322 prisoners survived and were freed, only wondering how there is no trace of them in the historiography of the Holocaust.

Following, a link to the information about the second DULAG (in Herbrew),