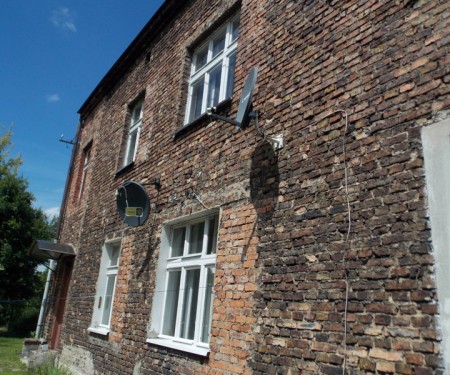 On 19, March 1943, a rebellion, that was to become a symbol of courage, broke out in the Warsaw Ghetto. Its leaders were a handful of young men who decided to fight the Germans against all odds, knowing they had nil chances of winning.

Their bravery has been told many times over in books and articles, but we ought to know that there were other places in Poland where youth from various movements decided to resist the Nazi animal.

One of those cities was Bedzin in Zaglembia, where the Jews of the city built bunkers believing that was how they were going to survive the war. On a farm in Srodula and a kibbutz in Kamionka underground bunkers were built as well. When the Germans destroyed the ghetto in August 1943, the fate of the people in the farm bunker was left unknown.

The only place where there was an uprising was the Kamionka kibbutz, where it started on the fourth day of the deportation. And that is how Renia Kukielka described the event in her book:

"Suddenly, Baruch Gaftek – the commander of the underground in Bedzin – heard German voices in the yard. Being sure that their hiding place had been uncovered all h wanted was to at least see revenge, and without giving it a second thought through the crack in the wall. "Let us make them fall with us before they discover us." He said.

The bullets did not miss their targets and two powerful German bodies fell to the ground.

The members hold weapons, ready to fight. Frumka calls them to shoot, to the sound of which many Germans show up. Shots from within the bunker drive the Germans mad as they carry their friends' bodies away. They cannot comprehend that there are Jews who ask to have a fight with them and they bombard the house with grenades, which sets it on fire. Shouts and curses from the Germans and cries of the fighters from within the bunker fill the air. And then all became silent."

Thus, ends the chapter on the Bedzin uprising.

(written by: Menachem Lior, member of the Bedzin underground. )