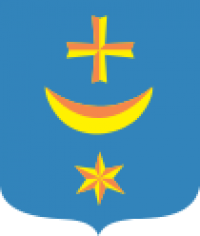 Trzebinia
1. Background
50°10' N, 19°29' E
Trzebin, in Yiddish: Tsahbin is a viilage in the Chrzanów county, Kraków province. It was connected to the Vienna - Kraków railroad track and became part of Galicja. That marked the beginning of its development that led over the years to the establishment of coal mines, a cement factory, oil refineries, foundries and more.

2. From the Encyclopedia of the Ghettos – courtesy Yad VaShem
Trzebinia in Yiddish: Tshabin
Place before the war: A village in the city district of Chrzanów, the Kraków
Province.
Place during the war: Generalgouvernement, Galicja Province.
There were 1,300 Jews – 329 families – in the village between the two world wars that were about 70% of its population. They made their living through trade, crafts and working at the oil refineries and electricity plants, coal mines and foundries and cement factories. The Joint and the village natives in the
USA helped in the renovation of the public bath house and clinic and donated to the local charity fund. Among the educational facilities in the village were: Talmud Torah, a new Hedder and two Yeshivot – religious Talmudic colleges. From 1932 until 1937 the court of the Admor (teacher and rabbi) from Bobowa was in the village. Zionist youth movements and parties had ongoing activities, Hebrew lessons, a library with about 1500 books and a drama group.

To continue reading (in Hebrew), Click here for the Encyclopedia of the Ghettos in the Yad Vashem site
3. "19 kilometers from Auschwitz – The Story of a Community" – Courtesy Yad Vashem
"Only 19 kilometers from notorious Auschwitz. We knew what it was, but we didn't know then that people were burnt there, that it was a crematorium....it was rumored that there was a camp there...but no one knew....so close and yet so far away..." (Pinchas Zimerman)

To continue reading (in Hebrew), Click here for the Yad Vashem site