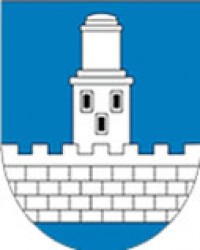 Czeladź is a city in Zaglembie in southern Poland near the Slovakian border. It was situated on the German border during the Second World War. There were 34,072 people living in the city in 2008. It was founded in the 13th century and obtained the status of city in 1262. The city was important in the course of the 14th century due to the mines around it.

2. Czeladź – A memeorial to its sacred people

The city is a big border city of about 30,000 citizens, scattered over a large area with Będzin about 3 km to the east, with the Jewish cemetery serving both communities marking their separate jurisdiction areas. The Piaski Coal Mine is to the city's south-east on the way to Sosnowiec. The major coal mine was to its south-west, and was the largest mine in the area. The road leading to Grodziec is to the north and the river Brynica , marking the border between Russia and Germany to the west. Czeladź belonged to Russia and Siemianowice Śląskie belonged to Germany before the First World War.

Czeladź
Place before the war: A city in the Będzin district, Kielce province, Poland.
Place during the war: Upper Silesia

About 1,100 Jews lived in the city between the two World wars. They were about 5% of its population. Most of them made their living through commerce and handicrafts. A Jewish bank active in the city served mainly Jewish craftsmen and merchants. There were branches of Zionist parties and a few Hassidic courts.
The Germans conquered Czeladź, 5 September 1939. Two months later the Centrala in Sosnowiec published the German decrees that the city Jews were to wear an arm band with a Star of David on it. That month, a local Judenrat was established with six Jewish members headed by Hirsh Nusbaum and subjected to the Centrala.