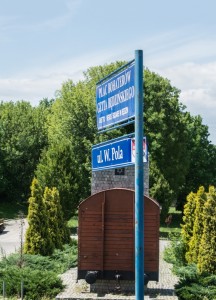 The Square we Holocaust. On October 4th, 2004 the service of the Laying of the cornerstone for the memorial site took place. The impressive event was honored by the presence of Israel's ambassador to Po are visiting is called: The Ghetto Heroes' Square and built to commemorate the Będzin Jews that perished in theland, the Silesia province Governor, majors, public representatives and a delegation of Zaglembie survivors. The event received publicity in the local and regional media. During the ceremony, the name of the square was changed to The Ghetto Heroes' square.

The memorial was built in the Kamionka neighborhood, a poor area where Gypsies, poor people and criminals used to live. The Germans chose this area for the Jewish Ghetto during the Holocaust. This is where, at the beginning of 1943, many Będzin Jews and citizens of Zaglembie were gathered without bars or fences but with a clear warning that any Jew caught will be shot on sight. Over a period of four months Jews were placed in this ghetto under terribly crowded conditions – three families in a one room apartment and a kitchen that housed 10-12 people. This is where they were deported from to their death, as well.

The first deportation to Auschwitz was in May 1942 and included mainly sick and old people, people on welfare, handicapped, people coming from large families and many refugees that found shelter in the city, about 5000 Jews, of whom 3,200 were from Będzin itself. Between May and July 1942, Jews from the neighboring little villages, were slaughtered. On August 12th, 1942, a German selection in Będzin sent 1,300 of the city Jews to Auschwitz.

The second deportation that began on July 22nd, 1943 left the Kamionka Ghetto. At 6a.m, Jews were gathered in the Umschlagplatz – Deportation Square. A selection chose hundreds of young men for labor camps and all the rest: women, children and old people were sent to Auschwitz. The German brutality resulted in 100 Jews being shot dead on the spot. Witnesses say that many of the deportees, who knew what the final destination of the train was, jumped off the moving train and many bodies of dead Jews were on the ground along miles of the railroad tracks on the way to Auschwitz. Some of the survivors were handed over to the Germans by the Polish with only a few surviving thanks to humane Polish people.

The final and largest deportation began on 1st, August 1943 and lasted a whole two weeks, during which almost all Jews were deported to Auschwitz. About 200 Jews were left behind to clean up the ghetto. Even after 10th August 1943 Jews hiding in bunkers were detected, caught and sent to their death. The 'cleaning' of the ghetto lasted until 13th January 1944, when all remaining Jews were gathered from all ghettoes in the area and sent to Auschwitz.

In August 2005, a memorial - commemorating the memory of 30,000 Jews who had lived in the area for generations and were sent to their death in Auschwitz by the Germans during WWII, 1939-1945 – was inaugurated.

The captions on the memorial appear in Hebrew, English and Polish.

Special thanks for the building of this memorial go to the then Major of the city Mr. Baran Radoslaw and Mr. Adam Szydłowski and Mirk Staginski who planned, toiled and built this memorial. 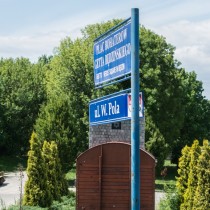 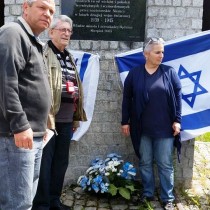 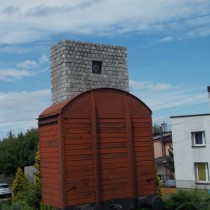 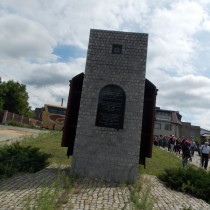 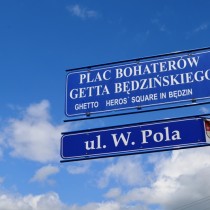 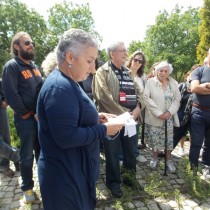 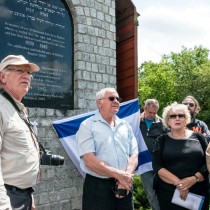 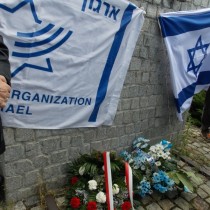 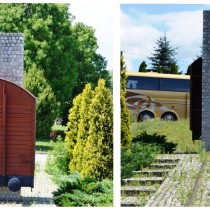 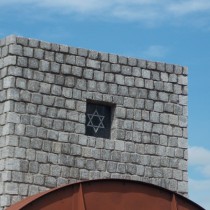 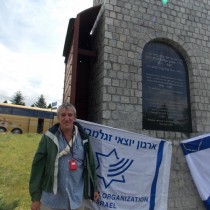 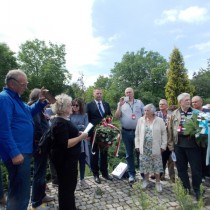 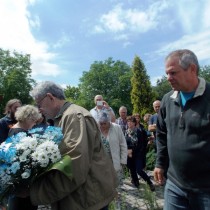 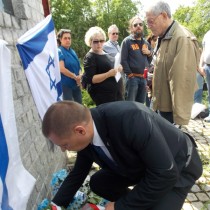 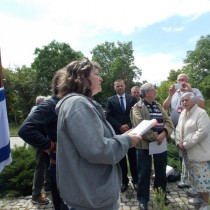