The story of the Zionist Youth in Zaglembie is a wide scope, unique event of young people in Poland.

Yozek Kożuch, born in Kielce, was head of a Zionist Youth cell in Sosnowiec and was a special figure and a leader in the Zaglembie fighting underground. He was murdered during rescue operations that he carried out during the expulsion of the Sosnowiec Jews.

Yozek radiated authority that had turned him into an indisputable leader of his movement. He was affable and spiritually sound and relentlessly dedicated to the path he had designed for himself.

He lucidly analyzed the dire situation the Jews had found themselves in and acted for the cause that seemed superior to him: the saving of the region Jews and their survival, especially the young ones.

Therefore, as long as he thought that being part of the Judenrat – the Centrala – was beneficial, he didn't flinch. But the minute Marin collaborated with the Germans in sending Jews to their death, Yozek cut all connection with them and worked with his underground friends , every way possible, to save Jews through the Slovakian boarder and, at the same time, started defense actions and fighting within the ghetto.

Yozek was a loved and admired leader and a commander who marched at the head. He was an example to his friends even on his last moments. The shots that killed him did not kill his vision. His friends carried his image all along.

Bulek Ben Zion Kożuch, Yozek's brother, was also an active member with the Zionist Youth in Sosnowiec and an underground activist. He was active in saving Jewish youth by arranging non-Jewish identity cards and taking them across to Slovakia and Germany.

He was caught by the Germans, who tortured him to get information about the underground from him, but he withstood the torture and divulged nothing. He was executed by hanging with a sign about his neck reading:"I am a Polish partisan." 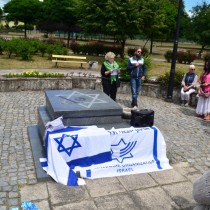 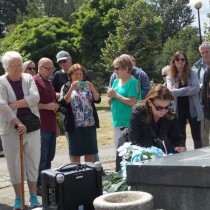 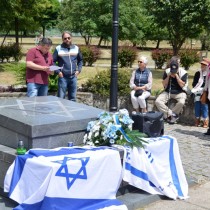 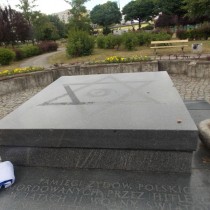 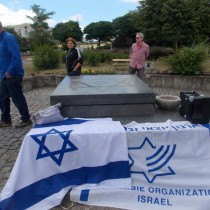 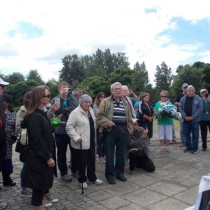 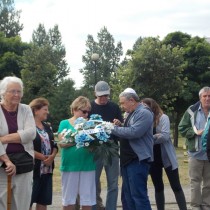 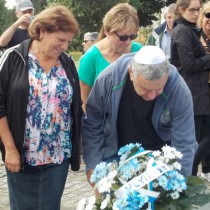 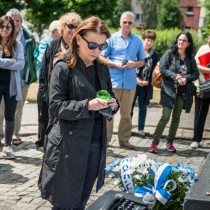