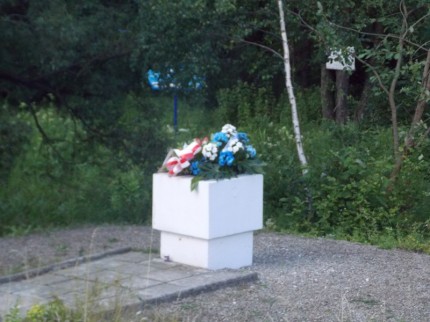 With the outbreak of the Second World War, 650 Jews, a 1/6 of its population, lived there, most of them around the central city square.

The Sławków Jews made their living through the small industries mainly garments, commerce and some were even local metal factory workers.

Branches of Zionist movements operated there as well as a preparatory Kibbutz Kibbutz Ovadia that served as a training center for the Bne Akiva youth before making Aliya. This is where the founders of the religious kibbutzim: Kfar Etzion- in Gush Etzion in the south east of Israel and Tirat Zvi- in the Beth Shean Valley in the north of Israel came from. It also had a branch of the more orthodox Agudath Yisrael.

In the beginning of September 1939, at the outbreak of the war, Germans overtook Sławków. A few days later, on 3rd September, a group of 98 Jews from Sławków, Będzin and the area tried to flee to the east to the Soviet occupied region. They went as far as the bridge over the Przemsza River, trying to cross it.

The Germans that got there before them blew up the bridge with the people on it and most of them were killed. About 31 of them, who tried to cross over the debris of the shattered bridge, were taken down by German snipers or were drowned in the river.

The bodies were temporarily buried on the scene of the carnage, until the Germans allowed their transfer and burial in the Jewish Sławków cemetery.

A few days later, the German governor of the city initiated a very high ransom money order on the Jews and some were taken hostage to ensure payment.

The unveiling of the memorial, in memory of the tens of casualties that tried to cross the river, many of them from Będzin, took place on 26th August 1996. Zaglembie Organization members, headed by Chairman Arie Ben Tov and city authorities' representatives took part in the ceremony. 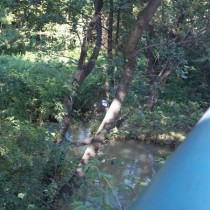 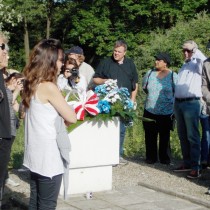 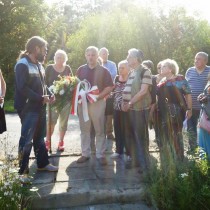 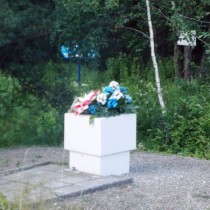 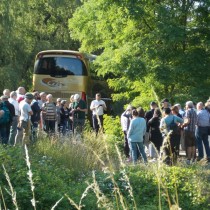 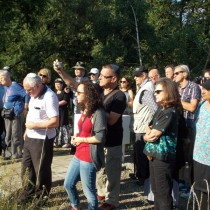 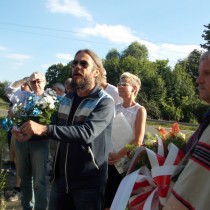 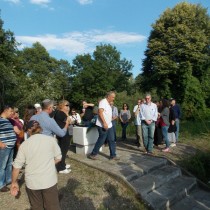 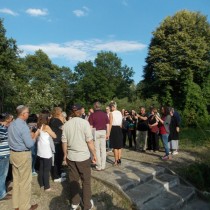 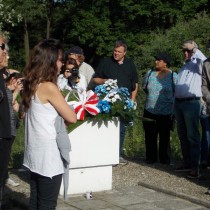 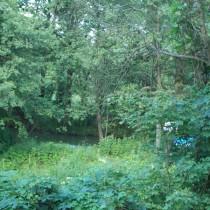 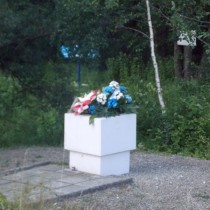