A roots journey to Zaglembie 2016 - ZAWIERCIE 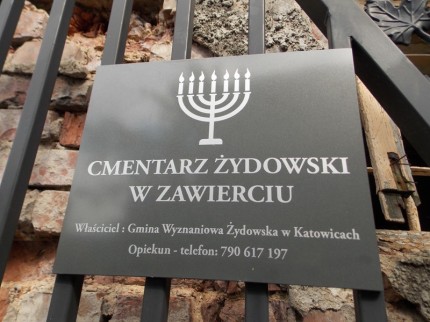 The beginning of Zawiercie is a small village in the 12th century. The construction of the Warsaw – Vienna railroad in the middle of the 19th century, a mere half mile from the village and the existence of coal and metal mines in the region encouraged a fast paced industrial development. That was the reason why many Jews to move to the area, as well.

Documented for the first time is a Jewish settlement in the area as early as the second half of the 17th century. A Jewish community was established here at the end of the 19th century. At first prayers were conducted in private homes and Hassidic Steibles in Rabbis' yards.

The Hassidic movement in Zawiercie had powerful influence and in 1880 the Jewish community built the Great Synagogue in the city, around which and the Study Hall – Beth Midrash – most city Jews gathered: wealthy as well as scholars, Hassidim and learned, middle class as well as craftsmen alike.

On the eve of the Second World War, there were about 7,000 Jews in the city that were about a quarter of its population. Religious Jews, assimilated Jews and members of Zionist Movement lived along side each other. The Jews fulfilled important roles in local economics and held varied professions. Even so, there were instances of anti-Semitic expressions. Some cities Jews suffered from pogroms and were exposed to blood libel and Polish hatred.

On 4th September 1939, Zawiercie was captured by the Germans, was annexed to the Reich and its name was changed to Warthenau. Immediately upon occupation, harassing Jews took place: demanding ransom at outrageous sums of money, abuse, and humiliation, material confiscation, kidnapping and forced labor.

At the beginning of 1940, the Germans nationalized confiscated all Jewish businesses, factories, banks as well as shops and workshops.

By the end of 1941, all Warthenau – Zawiercie Jews were imprisoned in a closed ghetto surrounded by barbed wire fences.

The first Akzia - roundup of Jews from conquered territory for transport to death camps – was carried out in August 1942 when about 2,000 Jews from the city were gathered in the city square to be deported to Auschwitz.

A short while later, a factory for the sewing of uniforms for the German Air Force was established in the ghetto. Two German air Force officers, Grabrecht and Teicher, managed the plant. They employed 2,500 Jews, both men and women, and kept them as safe as they could.

As of the end of 1942, a Jewish underground of Shomer Zair members, headed by Berl Schwartz, was active in Zawiercie. They succeeded in smuggling groups of Jewish families across the border, by supplying them with false identity cards and smuggling activists, until they were caught and executed by the Germans.

The second Akzia was carried out at the end of August 1943, during which about 6,000- 7,000 Jews, citizens of the city as well as refugees that had come to the city at the beginning of the war, were rounded up and deported to Auschwitz.

Once over, the Germans declared Zawiercie: "Judenrhein" – clean of Jews.

The two officers who managed the uniform factory tried to save their Jewish workers, claiming their work "essential for the war effort". The Germans agreed, eventually, to delay the deportation of some 500 Jews, as a result. But, in October 1943, those workers were sent to Auschwitz as well.

For these deeds and the rescue of seven of his Jewish workers by hiding them in a hideout in the city, Willi Garbrecht was announced Righteous Gentile by Yad Vashem in 2011.

Jews murdered during the final annihilation of the ghetto in August 1943 were buried in a mass grave in the Jewish cemetery on Daszyńskiego Street in the city.

A memorial was built in that place in 1988, with a memorial placard in memory of the murdered Jews during the annihilation of the ghetto. The memorial site was badly run down over years of neglect as moss and dense shrubs covered it.

The Polish fund:"To Live Anew", operating near the Young Girls Correctional Institution and Boy's Shelter in the city, under the support and funding of the major, put a memorial project of Jewish life and its endowment in the city into motion. The girls and the boys cleaned the place and the memorial, trimmed bushes and trees, sprayed the moss, treated stains on the headstone as well as cleaned the cemetery premises.

The main purpose was to bring the history of the city Jews and their extinct culture to the attention of the general public and bring it closer so as to make the young generation internalize the need to nurture the minority national identity that had lived there in the past.

"....In the place we are now standing, near a mass grave, 151 murdered ghetto Jews are buried. The precise number of people buried here was unknown for a long time and was only made public through the testimony of the German ghetto commander during the Nuremberg Trials... "

The credit for the rehabilitation of the cemetery goes to Organization members: Avraham Hava and Ariel Yahalomi.

It is proper to mention Mr. Marchin Berger, whose activities have ensured the proper handling and upkeep of the cemetery.

Click here for YAD VASHEM The Righteous Among The Nations site - Garbrecht, Willi 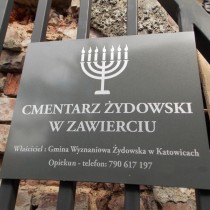 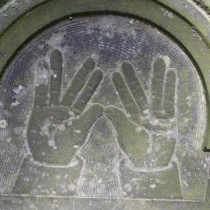 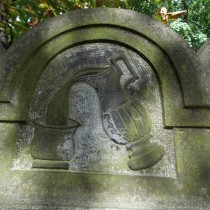 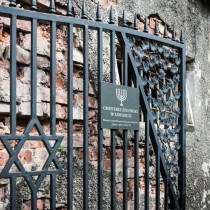 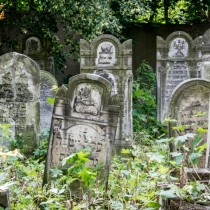 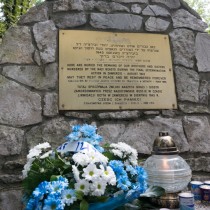 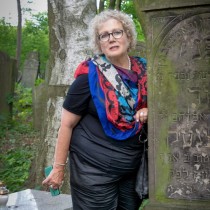 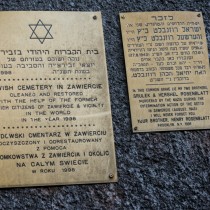 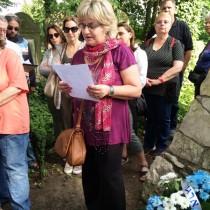 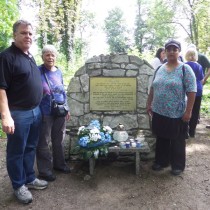 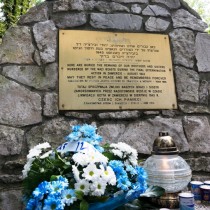 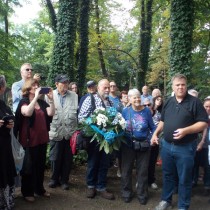 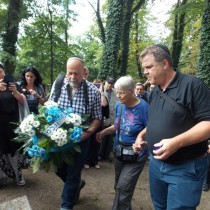 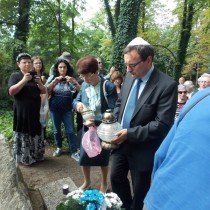 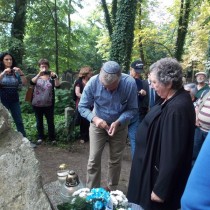 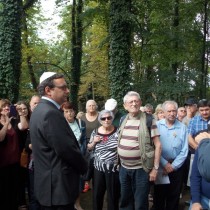 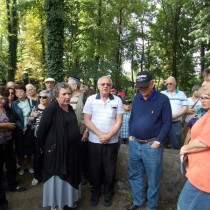 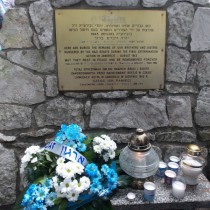