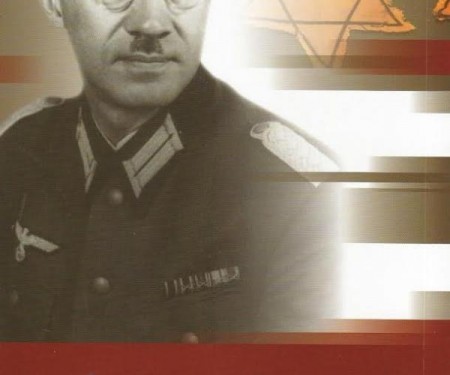 At the organization offices
We listened to a talk by Amir Hascel, whom we had met in the past when he spoke about "The Prison Guard from block 11."
Following is a summary of the talk and the book.
His talk revolved around his book "Simple heroes." In the dark ages of Holocaust there were glimpses of light too. Namely, those, later to be awarded the "Righteous among Nations" Award by Yad Vashem. The stories of the Righteous among Nations are far more than just moving rescue stories. They were people who operated and behaved differently from their environment.
Over the years after the end of the war in 1945, historians and writers dealt mainly with the murderers and much less with the other end of the scale: the helpers. Who were they? What were their motives? What was typical of the houses they grew up in? What can we learn from them?

Who am I?
I was born in 1953 and am married to Aliza. We have four children and five grandchildren. I am a Brigadier General in reserve and served in the Air Force as a transport pilot for 32 years, most of those years in command positions. My last role was that of head of manpower squadron. I initiated in 2001, with Head of Education Officer, Elazar Stern, the "Witnesses in uniform" project, journeys to Poland. After my retirement I took a guides' course to Poland in Yad Vashem. I spend most of my time studying the historical chapter of the Polish Jewry and that of the Holocaust and various projects that are related to both. I guide tours of adults to Poland about three times a year, volunteer in the community mediation center in Ness Ziona and in the Israeli Center for Mental First Aid - Era"n.