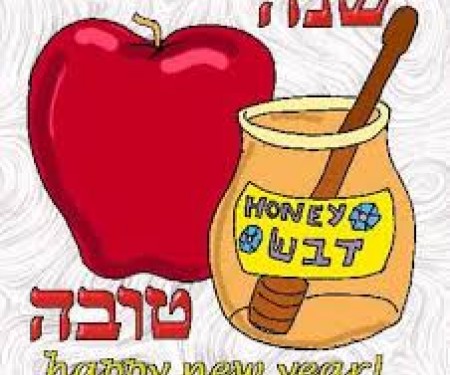 The Zionist of America (ZOA) building in Tel Aviv,

The New Year Toast will be celebrated with first, second and third generation Zaglembians.

The Chairperson's toast for the New Year
By Menahem Lior

The New Year's Eve is the Eve of the Coronation of God over humanity, according to the Jewish tradition. It is the Day of Judgment for all the deeds of men and women during the passing year.
The two days of the New Year – Rosh Hashana – and the Day of Atonement are referred to as the Days of Awe, since these are the days the creator judges his creations.
Tradition has it that human judgment begins on the first of the Jewish month of Tishre, the first day of the New Year, and his verdict is decided on the tenth of the month – on the Day of Atonement – Yom Kippur.
During these ten days of atonement, between the Jewish New Year and the Day of Atonement, the custom is to bless each other with: "Be signed for a Happy New year."
These days are days of introspection, forgiveness and absolution in matters between people, which is a hint as to the importance one should place on treating others with respect and sympathy.
We, in the organization, report the things we have done throughout the year, which entails that we deal with daily matters now, in addition to spiritual ones.
Over the last year, beyond routine matters, we gave special attention to the development of our website. It was upgraded and its activity expanded to the English language.
I'd like to use this opportunity to thank Avi Chapnik for his lasting activity and energy spent in developing the site.
We have, in addition, sent personal letters to overseas organization members with the hope of involving them in its activities.
We met with the JNF Regional Management and discussed the cultivation and upkeep of the Memorial Site in Modi'in. A meeting with the field staff is scheduled to take place next month in order to carry it out.
A group of members has been to Poland lately, to celebrate the Brama Zukermana events and the opening of the Jerusalem Café in Będzin. We met Zaglembie survivors we hadn't known about, established new connections and were impressed by the treatment of Jewish matters in the city.
My wife, daughter, son in law and I visited the Polish Museum in Warsaw, which is an outstanding exhibition of a 1000 year period of Jewish history in Poland. We were enthused by its contents and highly recommend visiting the museum.
As for the future, beyond our routine activities, we intend to have a second and third generation assembly intending to integrate them into the activities of the organization and enable them to contribute their abilities to manifest the founders' vision. This means that we are to develop the activities to suit the change of times.
Many thanks and appreciations go to the members of the board, whose activity has enabled us to have events and plan for future ones.
I'd like to wish all present and the entire Zaglembie family

A healthy and happy New Year

Let us hope this year is successful and fruitful for us and all of Israel.