A roots journey to Zaglembie 2018 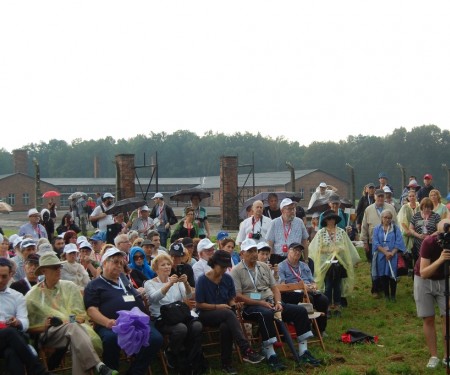 Dear friends, Zaglembie descendants worldwide,
You are welcomed to join us on a special delegation to commemorate the 75th anniversary of the liquidation of Bedzin, Sosnowiec, Zawierce and other Zaglemie ghettos.
We shall start in a two days visit of Krakow on Friday, July 27th, 2018 afternoon. On Sunday, July 29th, we shall travel to Auschwitz for a memorial ceremony near the crematoria in which Jews of Zaglembie perished. In this afternoon we shall travel to Zaglembie for four days of visiting the cities of our parents with many special events to honor he heritage of our families. The visit in Zaglembie will end on Thursday, August 2nd, evening. There is an option to continue and travel on Friday, Aug. 3rd, morning to Warsaw for two days visits of the city and POLIN museum of 1000 years of history of Jews in Poland.
Any of you who are interested in Joining us on this special tour, please write a mail or a facebook massage to me or to Jeff Cymbler. Please write to us your mail address and number of participants.
Hope to see many of you,
Rina Kahan, Foreign Relation Manager,
Zaglembie World Organization
www. Zaglembie.org
Facebook:
Zaglembie 2018 Commemorative Tour (Bedzin Sosnowiec Zawiercie Dabrowa)
https://www.facebook.com/groups/115404595857110/
דור שני ושלישי ליוצאי זגלמביה,פוליןSecond, Third generation Zaglembie
https://www.facebook.com/groups/1693425847564450/

It was great being with you all last week. I valued every minute.

Below is my article about the trip, just published by Tablet Magazine. I hope you like it. The link is https://www.tabletmag.com/scroll/268033/my-journey-to-the-past

All warm regards to you all,

The Scroll
MY JOURNEY TO THE PAST
Sons and daughters of survivors, looking for a sense of closure in Poland
By Menachem Z. Rosensaft