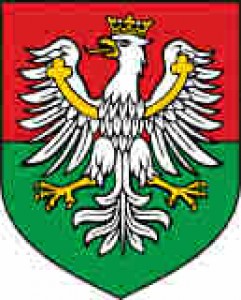 Zaglembie – A community to remember.


It is a region in the Katowitch county in the South-West of Poland. The region is rich with industry and coal mines, which is why the area is called Zaglembie, meaning "from the depth."

In the city of Zaglembie and its neighboring towns about 100,000 Jews lived up to the Second World War. The largest communities were in Będzin and Sosnowiec. In the first, the Jewish community existed as early as the 14th century. About fifty years later, in the middle of the 15th century, a seminary – Beit Midrash – was built and was later followed by the construction of a synagogue and a Jewish cemetery that answered the needs of all the Jews in the area.
During the 19th century more Jewish communities were established in Sosnowiec, Czeladź, Modrzejów, Slavkov, Dombrova-Gurnitza, Shasmichis and more. In the city of Sosnowiec, the youngest of the Zaglembie towns the first synagogue was built towards the end of the 19th century. The community grew ever since. Most of the Jews in Zaglembie were traditionalists.
Among other rabbis, who served the community, were Rabbi Groubard and Yitchak Meir Levin. The rabbi from Radomsk had his court in Sosnowiec. Many intellectuals came from these Jewish communities: scientists, authors (Vigotsci served as chairman of the Polish Literary Association), painters (among them Zigler, who decorated the walls of the Będzin synagogue), industrialists (the brothers Shein and Furstenberg), musicians (Schpielman) and more. In addition, Jews held functional positions nationally and municipally. Dr. Vainziar was deputy mayor in the city of Będzin and was later delegate in the Polish Parliament, the "Siem."
All Jewish streams, including youth movements, were represented in the Zaglembie Jewry. Many of the members in youth movements from there made Aliya to Israel and took part in establishing kibbutzim like Tirat Zvi, Mishmar HaSharon, Tel Yitzchak and more.
The Jews in Zaglembie nurtured a rich community life, built synagogues and seminaries, elementary schools, secondary schools, Talmud Torah and Bet Yaacov and orphanages and hospitals.
At the turn of the 20th century, half the citizen in Będzin were Jews.
With the outbreak of the Second World War, the Germans, who came to the cities of Zaglembie, started to work against the Jewish population, burning synagogues, killing, issuing economical and social decrees and transportations to concentration camps.
In 1942 all the Zaglembie Jews were put in two large ghettoes: Srodula in Sosnowiec and Kamionka in Będzin. In the beginning of August 1943 the ghettoes were destroyed and the Jews, to the very last one, were sent to Auschwitz.
At the end of the war most survivors from Zaglembie made Aliya to Israel. Some emigrated to the United States, Canada and Australia with a few remaining in Europe.